Born in Baltimore, Maryland on 15 July 1841, Lewis H. Adler, Sr., M.D. was described in his New York Times obituary on 16 July 1915 as “a prominent physician and surgeon” of Philadelphia.

Married to Lillie H. Adler, who passed away in 1892, he and his wife were the parents of P. Wilson Adler, Lewis H. Adler, Jr., Francis Cope Adler, Edgar Adler (1869-1911), and Lillie Adler. Roughly three years after the death of his first wife, he married Rebecca Moyer at the Grace Episcopal Church Chapel in Philadelphia on 1 May 1895. A church burial record confirmed that he was a member of the Roman Catholic faith.

University of Maryland School of Medicine (circa 1850, public domain).

Earning his M.D. degree at the age of 18 as an 1859 graduate of the University of Maryland’s School of Medicine and College of Physicians and Surgeons, Adler enlisted as an Allopathic Physician in the 47th Regiment, Pennsylvania Volunteers on 1 August 1862, and was commissioned as an officer and Assistant Surgeon. He served only briefly with the 47th Pennsylvania, resigning on 27 September 1862 (just under two months after entering the regiment).

His U.S. Civil War pension record also indicated, however, that he was an Acting Assistant Surgeon with the Medical Department of the U.S.A. The entry for Lewis H. Adler, Sr. in the 1890 U.S. Veterans’ Schedule noted that he performed additional service from January to April of 1863, but did not specify his military service unit.

In 1871, he completed additional graduate medical training at Thomas Jefferson University’s Jefferson Medical College in Philadelphia, Pennsylvania, and became a member of the medical staff there.

According to the Journal of the American Medical Association, Adler was licensed to practice by the State of Pennsylvania in 1882, and was employed as a physician at Jefferson Hospital in Philadelphia in 1911. 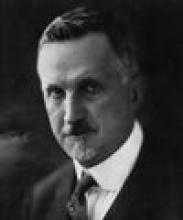 Dr. Adler’s son and namesake, Lewis J. Adler, Jr., M.D., followed his father into the medical profession. After completing his own medical studies and establishing a successful medical practice, he became so prominent as a rectal surgeon in Philadelphia that he traveled to other cities to consult with physicians on their more difficult cases.

On 7 June 1893, Dr. Adler’s son, P. Wilson Adler, married Estelle L. Matthews in the Bethlehem Presbyterian Church in what was described as “an attractive Wedding” by The Times of Philadelphia (11 June 1893).

In 1914, the elder Dr. Adler retired from medical practice, He was named that same year as president of the medical department alumni association at the University of Maryland.

Lewis H. Adler, Sr., M.D. died on his 74th birthday of uremia at Methodist Hospital in Philadelphia on 15 July 1915, and was interred at the Mount Moriah Cemetery in that city on 19 July, following funeral services at the Oliver H. Bair funeral home. The informant signing his death certificate was his son, Lewis, who had also been appointed Executor of Dr. Adler’s estate. Dr. Adler was also survived by his sons, Wilson and Francis, as well as his wife, Rebecca.

According to Dr. Adler’s will, which was signed on 12 December 1911 and then probated in Philadelphia on 20 July 1915, Rebecca M. Adler, the widow of the elder Dr. Adler, initially received just $1,000 with orders to the Executor that the remainder of the estate be invested and paid out to her in quarterly installments for the duration of her life. Upon her passing, the estate was then to be divided equally among the Adlers’ children: Lewis Jr., P. Wilson and Francis C. Adler.